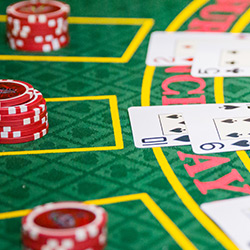 Blackjack, also known as twenty-one, is the most widely played casino banking game in the world. Blackjack is a comparing card game between a player and dealer, meaning players compete against the dealer but not against other players. It is played with one or more decks of 52 cards. The object of the game is to beat the dealer in one of the following ways:

How to win at Blackjack

The player or players are dealt a two-card hand and add together the value of their cards. Face cards (kings, queens, and jacks) are counted as ten points. A player and the dealer can count an ace as 1 point or 11 points. All other cards are counted as the numeric value shown on the card. After receiving their first two cards, players have the option of getting a “hit”, or taking an additional card. In a given round, the player or the dealer wins by having a score of 21 or by having the higher score that is less than 21.

Scoring higher than 21 (called “busting” or “going bust”) results in a loss. A player may win by having any final score equal to or less than 21 if the dealer busts. If a player holds an ace valued as 11, the hand is called “soft”, meaning that the player cannot go bust by taking an additional card; 11 plus the value of any other card will always be less than or equal to 21. Otherwise, the hand is “hard”.

The dealer must hit until the cards total 17 or more points. (At many tables the dealer also hits on a “soft” 17, i.e. a hand containing an ace and one or more other cards totaling six.) Players win by not busting and having a total higher than the dealer’s. The dealer loses by busting or having a lesser hand than the player who has not busted. If the player and dealer have the same total, this is called a “push”, and the player typically does not win or lose money on that hand.

Blackjack has many rule variations. Since the 1960s, blackjack has been a high-profile target of advantage players, particularly card counters, who track the profile of cards that have been dealt and adapt their wagers and playing strategies accordingly.

Check out some of our online images of our tables in action here. Take a closer look at some of our available theme nights here. 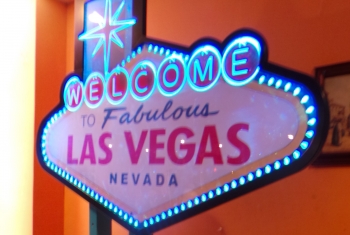 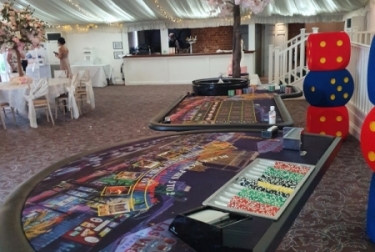 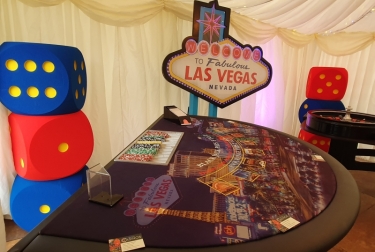 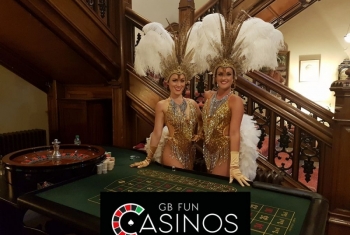 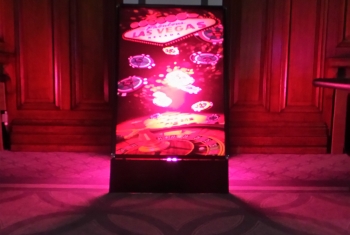 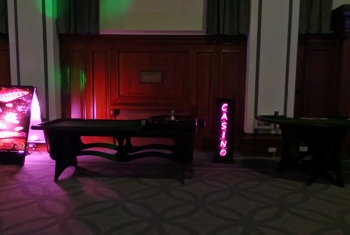